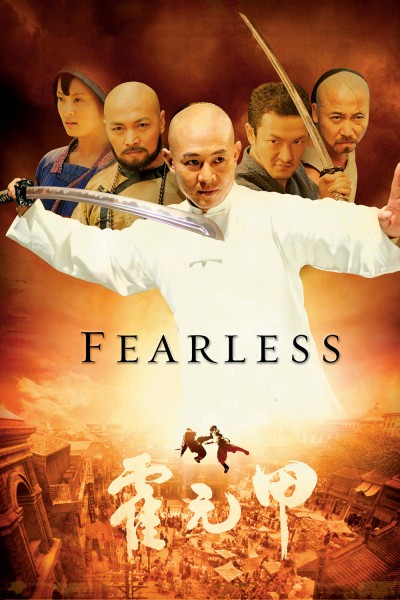 Mastering others is strength. Mastering yourself makes you fearless.
2 Watchers
0 on lists
1 Recommendations

Andri Schatz recommends this movie.
Far more than an action movie, Fearless tells the story of Huo Yuan Jia, founder of the Chin Woo Athletic Association and a master of traditional Chinese martial arts amidst the emerging globalization of the early 20th century.

Aside from Jet Li's usual martial arts brilliance, the ages-old rivalry between China and Japan is questioned in the final scenes by demonstrating the respect, appreciation and deep sense of responsibility that is part of both countries' cultural foundation.

This movie lets us fathom the true meaning of kung fu. It's not about fighting but about honing a skill through hard work, to the point at which you become fearless.
May 2015

Andri Schatz has watched this movie.
May 2015

Huo Yuan Jia became the most famous martial arts fighter in all of China at the turn of the 20th Century. Huo faced personal tragedy but ultimately fought his way out of darkness, defining the true spirit of martial arts and also inspiring his nation. The son of a great fighter who didn't wish for his child to follow in his footsteps, Huo resolves to teach himself how to fight - and win.